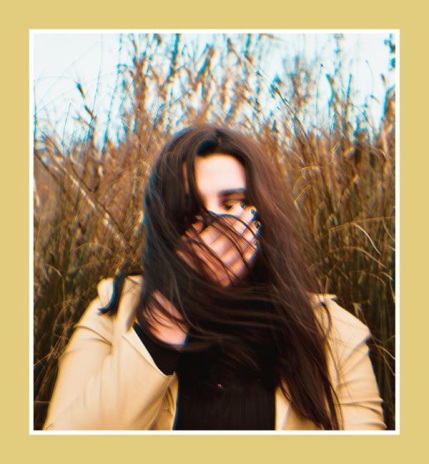 Once again working with producer, Kieron Smith, Jessica Luise departs from a chilled out indie-folk sound of better place, fleshed out by the full band sound for ‘Television Mister’. Fans of Jade Bird, The Beautiful South, The Big Moon and Fleetwood Mac need not be disappointed..

This was one I really enjoyed hearing… it is a very nicely produced piece with flawless vocals. This incredibly easy-to-listen-to song, could sit well camouflaged among a compilation with some No Doubt and Blondie, yet it has the current sound of summer indie rock. A bit of a change from previous folky offerings, which have been beautifully dotted on various playlists.

“Imagine if a guy like you could really exist, instead of boys who cannot fill the shoes of men made out of scripts”
– Absolutely amazing line! – [WAM] Editor

A great pop/rock number, written by the captivating Jessica during Lockdown; inspiring the imagination of anyone with a TV crush! –A love song about finding the one person with all that her Television Mr held in the fantasy. There is hope for us all!

The lyrics to the chorus are very catchy and Jessica Luise’s seductive tones are given centre stage during a textured drop-out. The track then ascends into the climax. A touch of Suzanne Vega and the retro edge of Suzie Quattro mix to produce a well-executed 2020 vocal melodic indie piece.

I will be adding this to my playlist as further timely evidence that girls rock!

‘Television Mister’ is Jessica Luise’s second official single release, following the gorgeous indie-folk song ‘Better Place’ which has received placement on the Radio Warrington local artist playlist since its release, and also airplay on Co-op Radio, playing in every Co-op store in the country.

Have a listen for yourself below and check out Jessica Luise’s  socials via the links below.

Many thanks to Andrea Fox for a great review. Andrea is a published writer, musician and label owner. Find out more here.