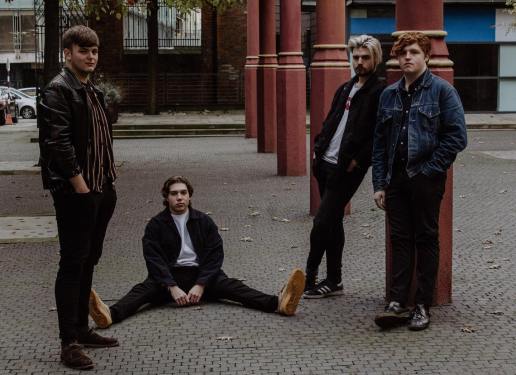 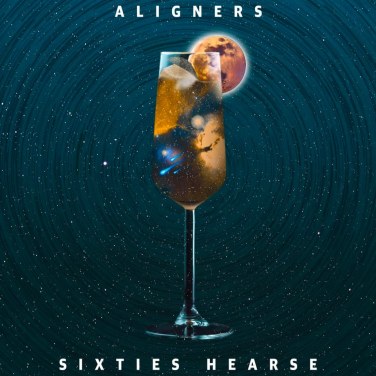 We have been blessed with witnessing the music scene grow in the Warrington area in the last few years, but in the last 12 months, some truly top bands have emerged. Enter Aligners. 4 lads who you could say have graduated from the Priestley College Academy.

Nathan (Vocals, Rhythm Guitar), Elliott (Lead Guitar), Arthur (Bass) and Kurt (Drums, Backing Vocals), make up the band previously known as La Scala. The band formed in late 2018, whilst studying at Priestley and after their first gig in Liverpool that December, they have had a rapid rise in reputation. Following the release of ‘Hours’ in 2019, as well as headline slots at Friars Court, the band managed to get slots at Rivfest and [WAM] Festival, gathering an ever-growing audience.

After rebranding, the momentum has continued, and it is about time we got another release. ‘Sixties Hearse’, the first release under the new name is well worth a listen.

It starts with a picked broken chord Guitar riff, before crashing in with a distorted Bass Guitar, Drums and Elliott’s distinctive Guitar pattern that is one of the main features of the track. Arthur’s brilliant Bass run leads the intro into the verse, leaving us with Bass, Drums and Nathan’s vocal.

The lyrics tell a story of a man hung up on a girl and using Alcohol to cope with the feeling of rejection.

‘Well I know this ain’t the place to be loving you babe, or saying that I do’, the opening line that sets the scene from the off and hooks you in.

TRACK OF THE DAY@AlignersBand – Sixties Hearse

"a very promising debut for a band in a very crowded segment of the market …. one of the stand-out releases of recent months"https://t.co/dJDaUKAvhE

Kurt as a drummer is like a click track, controlling the tempo throughout and driving every rhythm forward.

The chorus is backed by the Intro riffs and sounds massive. The reverbs make it sound like you are in a music venue listening to it, giving the impression of a live band coming out of your speakers.

After the chorus comes a drop with the main vocal hook

‘Boy don’t ever come back!’

I have been lucky enough to have experienced this song being played live by the band and also on a sole acoustic guitar, performed by Nathan, and you just can’t stop yourself singing along to it.

The Chorus re-enters before a more powerful reprise of the hook, finishing on the picked Guitar riff from the intro.

All in all a great track from the lads and don’t expect this to be the last Aligners banger you hear. Don’t take my word for it though.

Listen to the track, let us know what you think of it and whenever this lockdown ends, get out to see them.

Many thanks to Lee Egerton for a great review. Chris is guitarist in Lost In Echoes as well as a solo singer/songwriter. Give him a like here.