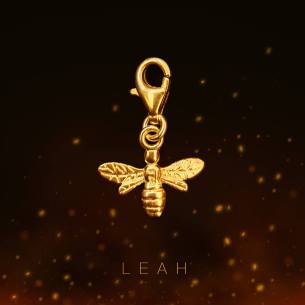 ‘Leah’, the new single from Filthy Tricks, is a promising addition to the Warrington music scene collection of sing-along tracks.

‘Cause I’ve been waiting patiently for you to arrive’ – Filthy Trick’s new single ‘Leah’ is a buoyant anthem we have all been eagerly awaiting.

After releasing their debut EP ‘Run The River’ in June 2019, the 2016-formed band have gone on to support the likes of The Blinders and Sky Valley Mistress, as well as playing headline gigs across Warrington, Manchester and Liverpool.

Earlier this year they released ‘Walk in Line’, which caught the attention of the Warrington Wolves, who used it for their 2020 season promotional video.

Their new release ‘Leah’, out today (Friday 8th May), opens with a flourishing drum set, introducing an upbeat instrumental wave. The song calls for attention with unexpected emotive lyrics – a different feel to the band’s previous releases. The energetic undertone of the track still manages to infuse the same level of indie intensity that we’ve come to love from Filthy Tricks.

Leah’ is about changes in myself and meeting a very special person that’s come into my life and made a massive impact. A couple of years ago, before we reformed Filthy Tricks, I was in a bad place and didn’t realise until the band and friendships slowly started to crumble beneath me. That was down to me and my weekend ways, always putting those nights out before the important things that I had in front of me.

So I finally had had enough and was sick of being stuck in the mud, so I decided to take a year out from everything and go travelling in Australia to sort my head out and wake up a little because you only get one crack of the whip in life, and that was going to be in music with Filthy Tricks for me. It still remains the best thing I’ve ever done because I cut ties with a lot of people and I’ve never been so driven to achieve this dream of mine and now it’s paying off.

“Not long after I came back from Australia I met my now girlfriend who was the biggest impact that shaped me into who I am today. Her name is not Leah, let’s get that straight, I just couldn’t sing out her name – that’s far too Cheddar cheese! The chorus ‘Leah’ actually originated from a chant me and some pals in Australia sung when we were in Bundaberg doing our farm work for a second year visa, the words used to be something else but I since changed it to suit the song. So all in all this song is powerful. It covers two massive impacts in my life and essentially has lead me to this point to share with the world, and it’s one hell of an anthem that will forever be recognised.”

Gerard Van Den Hoek talking about what Leah means to him.

‘Leah’ is a definite for a wildly charismatic live performance from the band, and we can’t wait to see the band back on stage

LEAH is OUT NOW!! ✨
The day has come! Thank you to everyone who has pre-saved. Stream her now and forever on your favourite platform: https://t.co/Ojbvi02Jg9
It’s been a long time coming! 🖤 FT pic.twitter.com/9FYHztBl5T

Listen to the track, let us know what you think of it and whenever this lockdown ends, get out to see them.