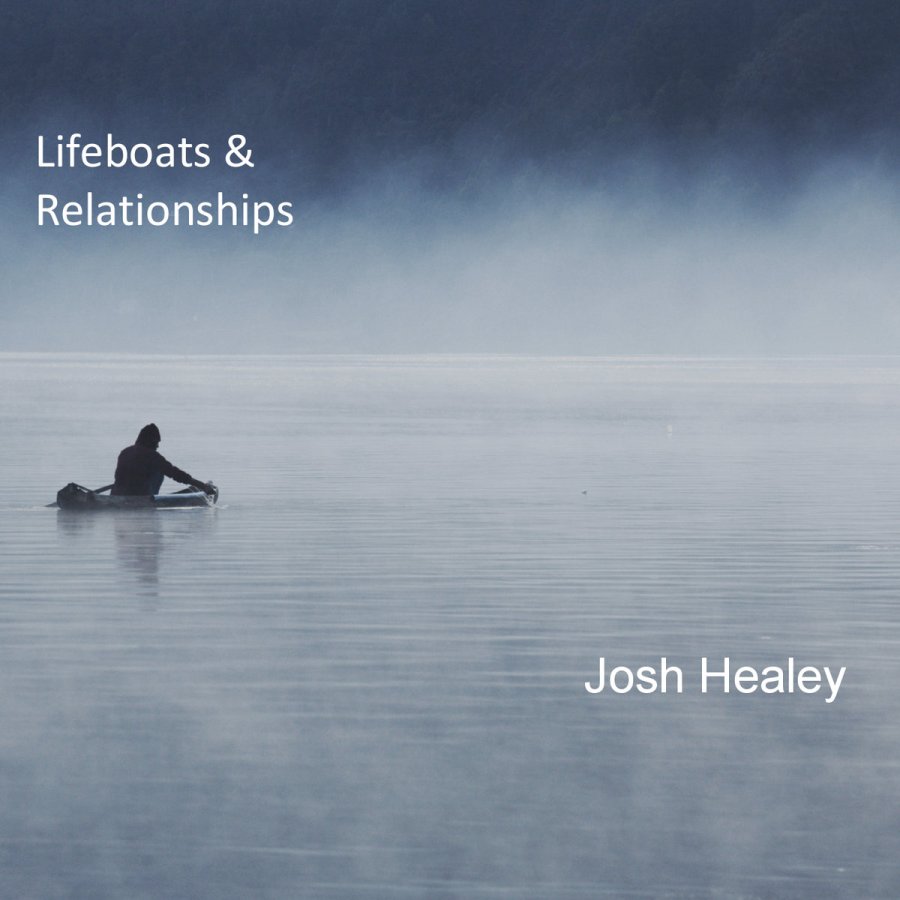 ‘Lifeboats & Relationships’ is Joshua Healeys latest EP, it was recorded at blueprint studios and produced by Fred Kindt of ‘The Slow Show’. BBC6 have recently contacted Josh about his EP with some of his tracks being added onto its playlist. Also BBC Merseyside introducing have played some of the tracks so its steadily receiving good recognition.
Josh really came to peoples attention not long after we featured him on a Acoustic Session (see the session here), so we were really excited to hear the EP.

‘When the wind blows’ is the opening track of the EP, its got a great feel to it with the piano and guitar filling the track. The melody is very soothing and Josh’s vocals really show off in this song and lyrically the song is very good. It greatly reminds me of Alex Turners recent EP ‘submarine’, stripped back songs but that are very easy on the ears and great to have a relaxing to. The Chorus is very simple lyrically but its one that definitely find you singing along to. As the opening track it gives you a great mindset for the rest of the EP. The best thing about the track is that it doesn’t particularly sound like an artist, it’s just Josh at his best.

‘Niamh’s Song’ is the second track of the EP and probably my favourite one, it reminds of a lot of the kind of thing Ben Howard would do. Its slightly more fasted and a bit more of a summery feel to it, and has a great catchy feel to it. It’s a great song about relationships and once again lyrically Josh does himself some great justice with this song. The song is once again stripped back and isn’t majorly in your face but its all that it needs to be. It’s a great track and one that you have to listen to.

The next track on the tracklist ‘Ropes & Rafters’, is a bit more folky and more in your face which is what the EP really needed, the vocals are very dominant in it, and weirdly it has the catchiness in parts of the song you could probably find noel Gallagher being capable of. The song has a great mix of organ and wide range of instruments that just fill the track up, for this reason its definitely the best track of the EP. This song shows off his best work with the drums coming in towards the end of the song and has a great build up of the song. To sum it up, its just a great song.

Last song of the EP is ‘Need To Be’, and it has a similar kind of feel to the opening track, ‘When the wind blows’ with the soothing melody and great lyrics. As the last track of the EP it’s a relatively short song but it has a good atmosphere about it with the harmonies at the end coming in finishing the track.

Overall ‘Lifeboats & Relationships’ is really good, and I really do recommend it to everyone, especially if you like the work of the likes of Ben Howard and Alex Turner. It’s a very calm and light set of tracks and they all mix in well really together, and there all love songs so they connect and flow great as an EP, and whatever he goes on to do next I would definitely keep doing that as it makes the listen a lot nicer and you can follow it properly. On the tracks Josh’s vocals are also greatly shown off and he’s at his own ease in each track. It’s a great EP and a great listen.

‘Lifeboats & Relationships’ is set for release on the 18th of March 2013 so its definitely one to have a listen to.