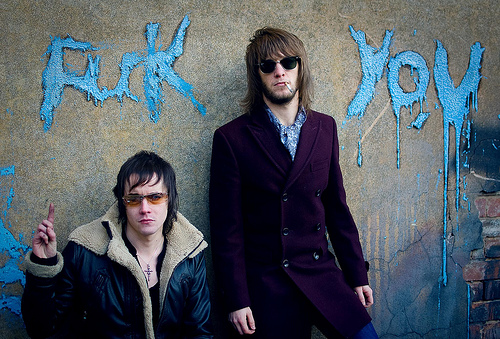 Psychedelic rock and electronic rock band, formed from the ashes of ‘The 66’.

Influenced by a wide range of musical genres including psychedelic rock, electronica, blues, Africana and industrial, the self-described audio / visual experiment is an eclectic mix of sounds pulled together by the esoteric themes of light and dark, acting as a constant theme throughout the music.

Formed in 2011 by Mike Bee, they have become the stuff of myth. Some claim they never existed, others have witnessed their select shows and undergone spiritual and musical transformation from exposure to it.

They have a recording studio, which they make records in. In 2013 that will become clear.

You can download the debut EP of The Phoenix Experiment here.

One thought on “The Phoenix Experiment”