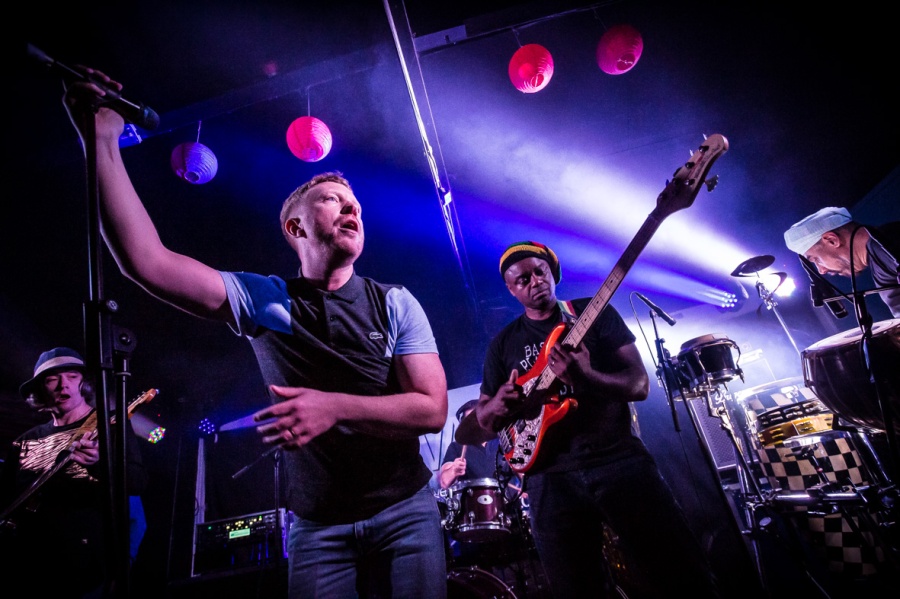 ‘Louder Than War’ – Comparisons with the Mondays are easy to make and understandable but to have China White down as yet another band following the Madchester blue print would do them a serious injustice. They have the swagger and the talk and are very Northern but these boys have thrown talent, soul, funk acid house and high production values into the melting pot and this gives them the edge. They deserve to be the next big thing.

‘Viva Magazine’ – China White have established themselves as firmly popular and solidly Northern. A talent that sees the venues they play packed to the rafters. Their little black book is one that the industry must envy fiercely. What with collaborations with Keith Allen, Alabama 3 and Rowetta under their belt. Not to mention infrequent comparisons to The Happy Mondays. China White have a massively original sound that still manages to employ catchy hooks. They are set to become Manchester’s biggest band this year!!!

‘Mudkiss Fanzine’ – China White, a vivacious blend of funk, hip-hop and acid house with an undercurrent of indie vibe. Their ballsy and creative blend has seen them collaborate with many well known artists in the past few years, such as Rowetta and Kermit, also leading them to work with producing legend Danny Saber and tour with the enigmatic Keith Allen in 2012. Compounding them as serious players. China White are beginning to cause quite a stir on both sides of the Atlantic!

12 thoughts on “The Winachi Tribe”

📢 ANNOUNCEMENT 📢
After 3 years, 6 practise rooms, 2 studios, Psychsdelic Garage Rock Band, @prayformojouk have released their debut album, ‘WELCOME TO MOJOPIA’.
Jam Nights at the @the_post_house all musicians welcome, Every Month Start 8.30PM.
LOTS of exciting events happening in 2022! Who are you hoping to see playing in Warrington, Widnes and Runcorn next year? We're excited to see who will be playing @officialrivfest and who will be joining The K's and Crawlers as the scenes "Next Big Thing!"
We made it to 7k streams before end of the year. Track was played on @radiox , @bbcradiomanchester / @bbcintroducingnorthwest , @bbc6music . It even went on the telly on @granadareports & @bbcnorthwest . It went on @nmemagazine and it raised money for charity. It helped keep the #ViolaBeach memories alive. I’ve no doubt it helped show people how talented the boys that song were who didn’t know 5 years ago when they were tragically lost. Proud to help nurture it. Thanks to @cal_bate , @iamjessicaluise & @pettymusicpr the almost dozen extra musicians involved aswithout them, it wouldn’t have been possible! #boysthatsing
Ending the year how we started it. A BRILLIANT live version of Glass Houses by @theunomas , recorded at @edgerecstudio to celebrate the release of Issue 4 of [WAM] Magazine.