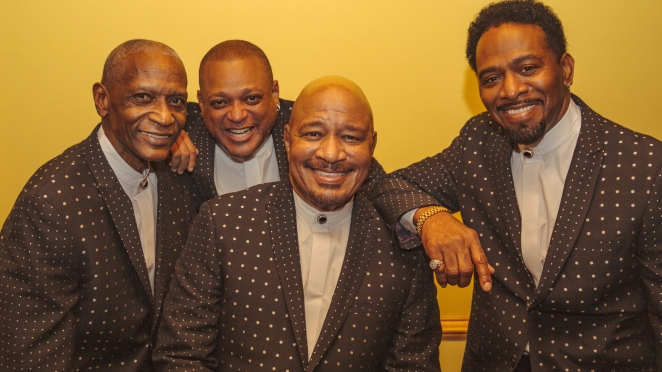 A double bill of top-quality music is making its way to Parr Hall this weekend with two incredible shows.

First up is soul supergroup The Stylistics, who are set to delight fans with all the hits that made them a household name when they perform at Parr Hall on Friday 22 November.

The Stylistics are known instantly for their impressive catalogue of recognisable hits, including the Grammy-nominated You Make Me Feel Brand New, as well as firm favourites Can’t Give You Anything (But My Love), Let’s Put it All Together, Betcha by Golly Wow and more.

Following on from this is something completely different: bagpipes with attitude, drums with a Scottish accent and a show that carries its own health warning.

Over the past 15 years, the Red Hot Chilli Pipers have perfected their special blend of traditional Scottish tunes and rock anthems (called Bagrock) to become one of the most unique sounds in the industry.

Since their formation in 2002, the band have taken the world by storm; performing to more than a million people all over the world and even enjoying a cameo appearance with The Darkness at T in the Park in 2004.

The band are set to deliver an unforgettable programme of traditional folk tunes, in addition to huge rock and pop anthems from the likes of Avicii, Snow Patrol, Queen, Journey, Coldplay and more.

Calling in at Parr Hall on Saturday 23 November, this show is guaranteed to rock your socks off!