Announced live on Radio X on Monday evening, we now know the first wave of bands  playing next year’s Neighbourhood Weekender. They are

For Catfish & The Bottlemen, it’s been a well overdue return to the town where they played several times over the years as an unsigned band, cutting their teeth on the circuit for petrol money. Flash forward to 2019, they have three top ten albums. Their debut album, The Balcony, reached number 10 in the UK Albums Chart, going on to achieve Platinum status. The band have toured in South America, Japan, UK, Europe, North America, and Australia and have featured in a number of festivals including Lollapalooza, Glastonbury, Reading & Leeds, T in the Park and headlining the Trnsmt Festival in Glasgow, Scotland in July 2019. 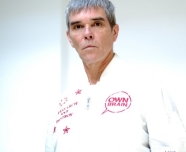 For Saturday’s headliner, hometown hero Ian Brown, you have to go even further back for his last solo appearance in town. All the way back to 6th Oct 2007 at the Parr Hall, as occasion where Brown wore a Wolves shirt for much of the show. Famously the front man for one of the pioneering groups of the Madchester movement in the late 1980s and early 1990s The Stone Roses, the band brought the Parr Hall to the centre of the musical universe when they made their live return in May 2012.

He is coming back to the stage after releasing his self-produced top five album, Ripples, earlier this year, to the surprise of many after working on it in secret, in part with his son at Liverpool’s Parr Street Studios.

Other main artists on the line-up include Sam Fender, Shed Seven, Miles Kane, The Coral, Tom Walker, The Wombats, Sundara Karma, The Sherlocks and Pale Waves.

Warrington residents (WA1-WA5 Postcodes only) will again, be the first to bag tickets with an exclusive pre-sale which launches on Wednesday.

The Neighbourhood Weekender team at SJM fronted by former Woolston High student Jack Dowling, have promised the festival will be ‘the place to find the best new indie acts’ with the likes of The Murder Capital, Inhaler, Sports Team, Youngblud and Working Men’s Club added to the bill after making waves in recent months.

The Warrington pre-sale (WA1 to WA5 postcodes only) launches on Wednesday at 9.30am at po.st/NBHD20pre.

Tickets then go on general sale on Friday at 9.30am at nbhdweekender.com, gigsandtours.com and ticketmaster.co.uk.

Day Tickets start from £57.50 and £110 for a weekend ticket.
Limited VIP packages are also available and all are subject to booking fees.

SO expect some of this