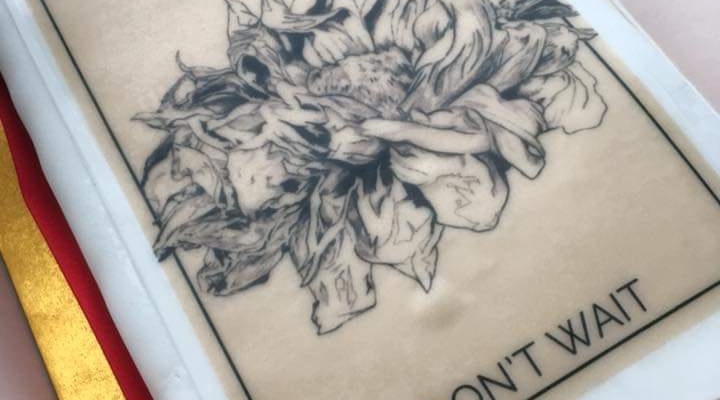 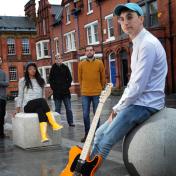 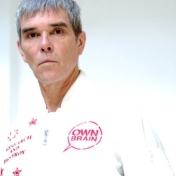 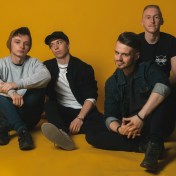 Some great music has been released today, we’re here to give you a round up of what you need to check out. All tracks are singles unless otherwise stated

Joe Hatton may be known for this solo projects but has taken a much more of a team approach to The Bid with wife Lindsay amongst those who are part of the singer-songwriters bid (sorry) to make it big. ‘Don’t Wait’ is influenced by The Smiths and Vaccines musically and Bob Dylan lyrically, all with Joe’s charm and charismatic delivery. The single is launched tonight at The Lounge (Springfield St). There is even going to be cake!

Last Bee on Earth is the stage name for all round music guru, Mike Bee and gives him the opportunity for jumping down the rabbit hole and exploring a musical direction you could only dream about. Which can only mean each Last Bee On Earth releases is always eagerly awaited. Come here for the close to 9 minute odyssey of King of the Old / New World (432hz), stay for The Crown (432hz), these three tracks will take you to a distant and far away planet.

Floral Scene are a band who we’ve had a lot of time for in the past. Recorded with Eve Studios in Stockport, ‘Just Friends’ see the band slow down the tempo compared to previous releases which allows the rhythm section to take us on a musical adventure. This is the track to turn up on the stereo on a lazy sunday afternoon after the night before.

We hear the band have seen working on more than just this track so looking forward to hearing more from the quartet.

Could not miss out Lymm’s own King Monkey as he releases his first first solo material in nine years. ‘First World Problems’ is a throwback to the 90’s acid house scene and Ian hasn’t sounded so good. Dropping yesterday (Thursday) at 5pm, social media was on fire as people discussed the new single. Let us know what you think of it below. ‘First World Problems’ is taken from the album ‘Ripples’, but don’t hold your breath waiting for it, release date is March 1st.

Click here for everything you need to know about the new single and album.

Over the past three years, Manchester quartet Tirade have been honing their addictive blend of alt-pop-rock hooks with subtle math-rock grooves.

Released today, the song sees fvocalist/bassist Jake Tilley take aim at the idea of trying to start over and reinventing yourself yet ultimately he comes to the resolution to that he’d rather just be himself. His sincere words are combined with a vibrant hook that’s a perfect introduction to the band. Love the old school alt rock and even better the drummer is originally from Orford!