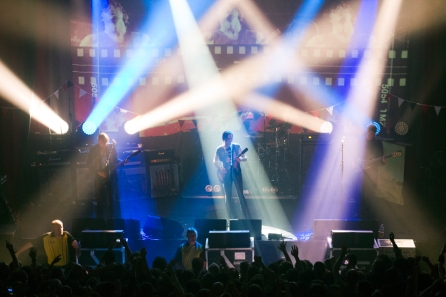 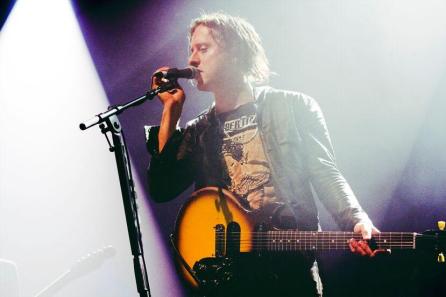 It’s been a whole year since The Libertines took to the stage at the Parr Hall. The night was an unexpected pleasure for the thousand in attendance as the band were due to play in Blackpoolas part of their ‘Tiddeley Om Pom Pom Tour’ but had to postpone following urgent repair work required on the venue.

The Libertines took to the Parr Hall stage after tickets were snapped up within four minutes of going on sale the Friday before.

As it came to gig day the crowds were building up early, keen to get a view close to the stage for the band fronted by Pete Doherty and Carl Barât. Line up on the night was:

Encore:
Anthem for Doomed Youth (Acoustic)
Music When the Lights Go Out
Up the Bracket
What A Waster
Don’t Look Back Into the Sun
I Wanna Be Adored (The Stone Roses cover)

Safe to say the reaction was emphatic on Twitter.

I will remember this night for the rest of my life. Thank you @libertines you were breathtaking!!

Easily the loudest, sweatiest gig I’ve ever been to. What a night! @libertines @Trampolene_Band

BODIES surge towards the stage and become a mass of limbs, pint after pint of £4 lager is hurled through the air, and just for a moment the Libertines are transported back in time 15 years.
Click here to be taken to a review by Adam at the Warrington Guardian where you’ll find few photos from the night.