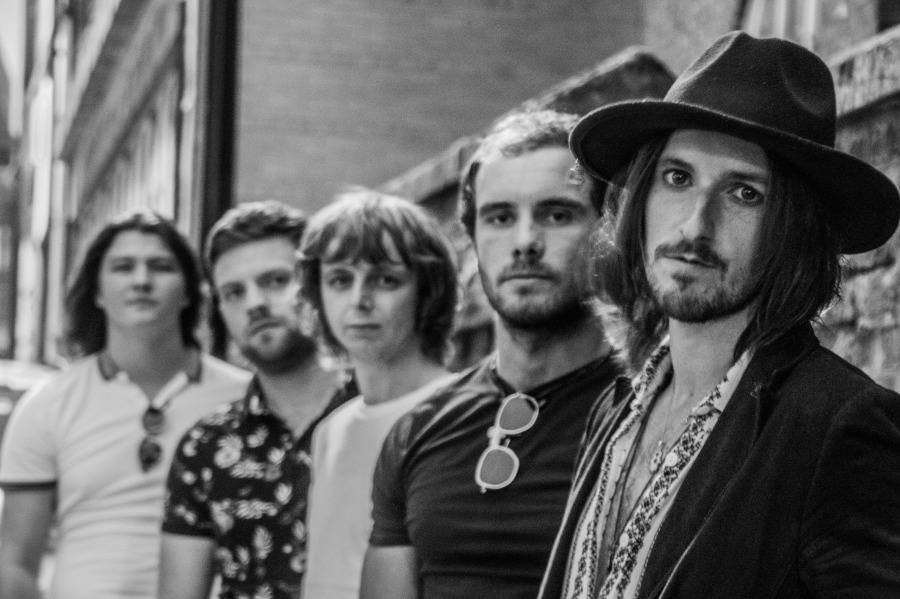 We’ve spent a lot of time working on the new material and it’s time to bring it to the people!”

Filthy Tricks, a five-piece rock and roll band from Warrington, are headlining at their return gig on Saturday the 18th August at The Lounge on Springfield Street.
Last seen at Warrington Music Festival in 2017, the lads have been writing together behind the scenes for over six months.

Their comeback boasts their three newest members and promises a night of Rock and Roll, entertainment and attitude.
With frontman Liam Rimmer leading the talented group there is sure to be a buzz in the community for their return. Liam takes huge inspiration from his late brother Danny – frontman for another local band, The 66, and keeps a photograph in the practice room to help keep his memory alive. It is sure to be a memorable gig packed with excitement, nostalgia and plenty of emotion.

Returning from his travels to Australia, guitarist Gerard Van Den Hoek has been writing for the group for the last few years. With new blood onboard, he’s excited about bursting back into the music industry maintaining an optimistic outlook for the bands future.

Chris James (bass) recently returned from travelling central America, “I’ve played bass for as long as I can remember, it’s my biggest passion in life. From the very first rehearsal I’ve loved Filthy Tricks, first and foremost we’re a rock band but every member brings a different flavour to the music. We’ve spent a lot of time working on the new material and it’s time to bring it to the people!”

Matty Hignett (guitar) comes from a musical family with both dad and uncle performing in cabaret acts, “I was practically born into music having done a lot of singing from an early age, I picked up a guitar 16 years ago and haven’t looked back since, playing music was what I grew up wanting to do”

Straight out of Newton, Chris Peake lets the drums do the loud talking for him. “I enjoy the freedom of playing original music and finding the beat that drives the crowds at live performances”

The lads all have worked full time by day whilst dedicating their time in the evenings to bringing Filthy Tricks back to the stage. The event is sure to attract a lot of fans old and new!

Filthy Tricks will be performing alongside special guests at The Lounge, 18th August
8pm till late. Join the Facebook event page here.