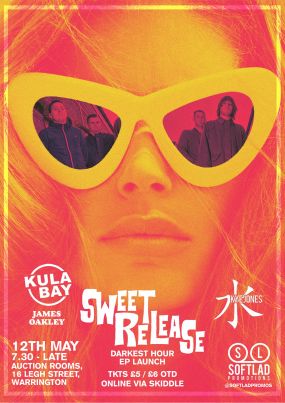 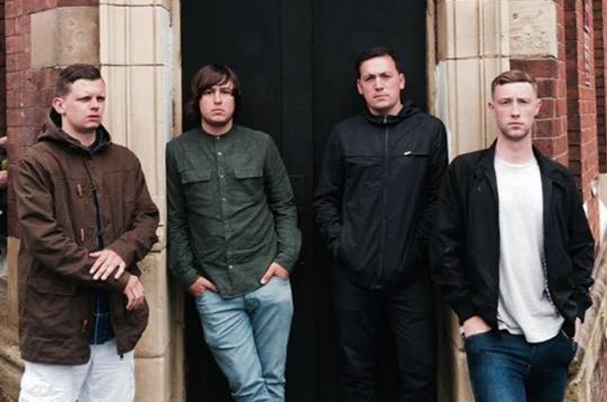 “We want to shock a few people and put emotion back into music. – Sweet Release

This Saturday, Softlad Promotions will be hosting an EP launch event at The Auction Rooms (Legh Street) for Sweet Release when they’ll be releasing their latest EP ‘Darkest Hour’.

Support acts include Kula Bay, Kye Jones and comedian James Oakley.
Tickets are £5 in advance from the bands or £6 on the door. 18+

The band are mostly influenced by the ‘British Invasion’ era when the popularity of UK bands in the 60s spread rapidly to the United States.

Guitarist Nathan said: “I was bought up on a lot of the Beatles and the Kinks, we have all been influenced by the 60s and we want to bring rock and roll music back.”

“But it is also important to the band to put their own stamp on the music.

Having played as far as Glasgow and London, Sweet Release are a band you need to pay attention to. Their 2nd EP ‘Darkest Hour’ is out now to download.

So expect some of this

and a bit of this too