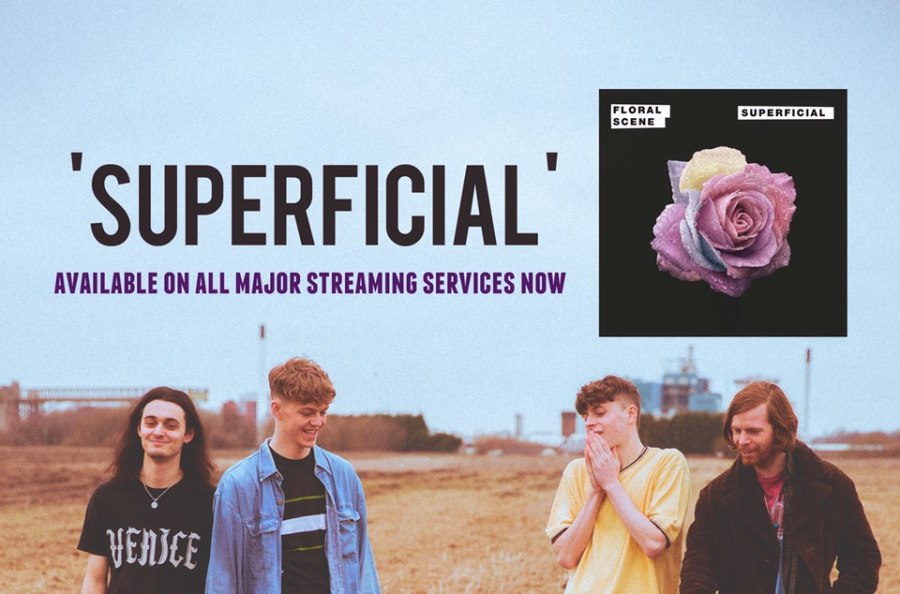 Indie/Shoegaze Pop four-piece Floral Scene have today released their brand new single ‘Superficial’, recorded with Sugar House Studios, they will be headlining Night & Day Cafe in Manchester on the 6th April. Find out more details about that show which also features Kula Bay on the line up here.

The band first showed off Superficial back in August 2017 as part of [WAM]’s Acoustic Sessions. Check that out below!

Superficial is available on Spotify now alongside their debut EP “25” right here:
http://spoti.fi/2Gsvf0o