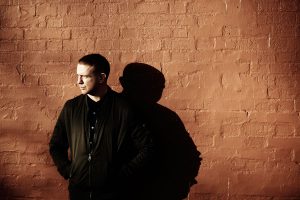 It won’t just be Irish eyes that are smiling when a celebrated singer heads to Warrington next month.

Damien Dempsey – one of Ireland’s most revered singers – will be lighting up the Parr Hall stage on Sunday 18 March, with a collection of Irish classics that will help you celebrate St Patrick’s weekend in style.

Bringing a modern twist to some of your favourite songs, The Great Irish Songbook is celebrating some of the best tunes to come from the emerald isle, and Damien can’t wait to perform them live at Parr Hall.

He said: “I know a lot of stories about the tracks and I know a lot of history of the songs from knowing the artists personally. I’ve sang with Shane McGowan, I’ve done an album with Barney Mckenna and John Sheanhan from The Dubliners, and I sang with Christy Moore. It’s going to be an honour to perform these songs live with my band.”

Offering hit after hit of Irish classics such as The Rocky Road to Dublin, this unmissable night of live music is set to have you singing along from start to finish, as Damien and his band perform some of your favourite Irish songs, as well as a few little extras!

He explained: “There are just so many great songs. I’ll also be doing some songs that weren’t written by Irish people, but were made famous by Irish singers, like The Green Fields of France.”

As well as bringing a new lease of life to favoured classics, Damien is also a talented songwriter, and is always looking for inspiration for his next song.

He said: “I always have my eyes peeled and my ears open. I always have a notebook and with iPhones now, you can just record anywhere really. It’s usually while you’re reading the paper or talking to somebody – conversation is where ideas for a song come up mostly.

“I’m trying to write modern-day ballads, like the ballads that I’ll be playing on The Great Irish Songbook tour. I’m just trying to make modern versions of them about what’s going on now.”

Damien is also preparing to treat audiences to a taste of his latest album, Soulsun, which was released last year and features vocals from Dido and Imelda May.

Over a 20-year career, Damien has enjoyed performing a wide range of songs, from his very own work to covers of some of Ireland’s greatest musicians.

Highly acclaimed by peers and fans alike, Damien has bagged a number of prestigious gigs, including performing live with Shane McGowan for his 60th birthday party, and supporting Morrissey at his Manchester Arena gig last August.

Ever determined to deliver an unforgettable night of music, Damien’s concerts are always brimming with energy, but the singer believes it is the audience that makes his performances extra special.