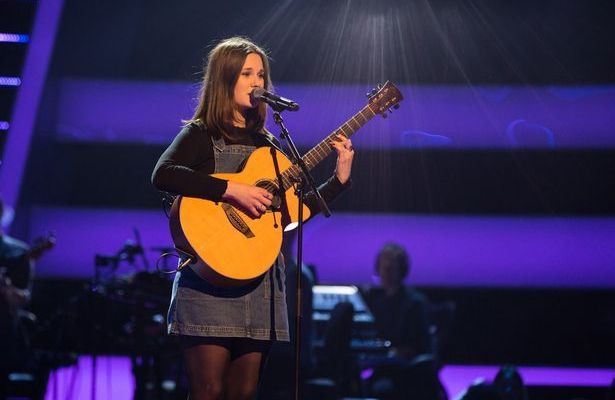 A FORMER Bridgewater High School and Priestley College Student and self taught musician from Warrington gave the biggest performance of her life on Saturday as she sang on the stage of The Voice UK.

Chloe Jones, 22 from Appleton was one of the first singers to audition on the ITV show which has returned to our TV’s, in front of new judge Olly Murs, who has joined recurring mentors Sir Tom Jones, Will.I.Am and Jennifer Hudson on the talent show.

The BIMM Manchester music college student Chloe chose Sir Tom Jones to be her mentor to take her forward in to the next stage of the show, with him turning his chair within a few moments of her singing her song.

Others to turn their chairs were Will.i.am and Olly Murs.

So grateful for @RealSirTomJones , @iamwill and @ollyofficial for turning and giving lovely feedback! Couldn't believe it. What a great and surreal experience that was! ❤️ #TheVoiceUK @thevoiceuk @ITV #teamtom

“It was so strange as I’ve never imagined something like this happening before,” said the former Priestley College student.

“It was quite crazy. My mum and dad were quite emotional seeing me on the TV.

“My mum loves The Voice so she was over the moon.”

Proud to welcome the heavenly sweet vocals of @musicchloejones to #TeamTom, you will be a great asset to my team! 🙌🏻 #TheVoiceUK pic.twitter.com/QQ52UcsCng

Chloe follows in the footsteps of last year’s winner Mo Adeniran, from Stockton Heath, and Max Vickers, who made it through to the semi-finals.

The talent show returned on Saturday night for its second series on ITV, since transferring from the BBC.

Tune in at 8pm on Saturday.