ROCK royalty Black Star Riders  are visiting Warrington’s Parr Hall on November 10th with a huge line up of special guests as part of a tour to celebrate the release of their third studio album Heavy Fire.

Metamorphosed from classic rock band Thin Lizzy in 2012 lead guitarist Scott Gorham, is the only member of the band to have performed alongside ex-Lizzy front man Phil Lynott.

Ricky Warwick, who fronted Lizzy before the rebrand to Black Star Riders (BSR), said: “There’s nothing more exciting than playing live. BSR are absolutely thrilled to get back out in the UK, it’s a wonderful way to round out a great year.” 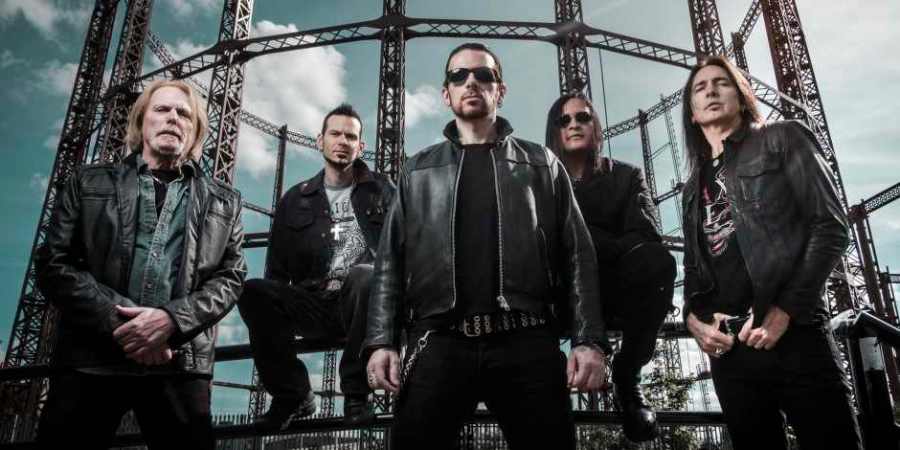 BLACK STAR RIDERS INTERVIEW: Damon Johnson on Thin Lizzy, Alice Cooper and why there’s no room for egos in his band (Warrington Guardian)

The record went on to gain worldwide chart success, reaching No 1 in the UK rock and indie charts, No 3 in the UK vinyl chart and No 6 in the UK national chart, as well as enjoying success in Germany and USA

They’ve toured non-stop for the past few years playing with the likes of Deep Purple, Rival Sons and Kadavar as well as headline shows; their organic blend of blues, classic rock and soul wins over audiences around the world.

Sharp, blues-infused hard rock and with a nod to 60s R&B. Tax the Heat have just come out of the studio where they have been recording their follow up to the critically acclaimed debut album Fed to the Lions.

Exciting and charismatic Blues-Rock quartet, fronted by Louis James the son of ex-Moody Blues singer Nicky James, this unique outfit are bringing back rock ‘n’ roll, with the perfect musical blend of sex, riffs and lung-busting vocals. London-based Dirty Thrills will open the bill with a set containing songs from their debut album Heavy Living.