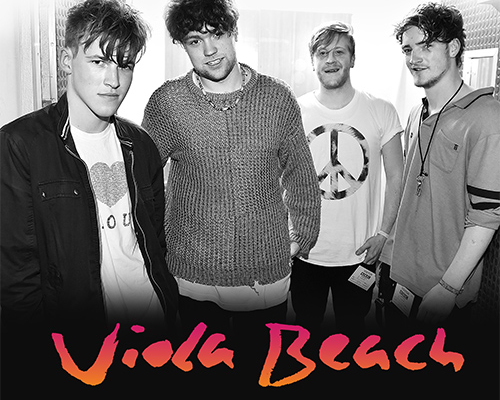 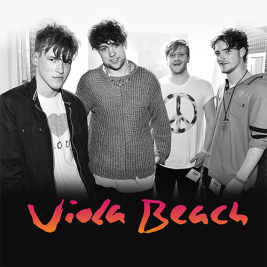 The families of Viola Beach have posthumously released the bands debut album, a collection of tracks recorded in their short time together today, with rave reviews across the Music Industry.

Boys That Sing has been made Radio 1’s Track of the Day.

Their debut single, Swings & Waterslides, entered the official singles chart at #11 after their deaths, and topped the iTunes chart.

Now their eponymous first album has been released on the band’s own record label, Fuller Beans Records, and is made up of nine songs including Get To Dancing, which was a BBC Session recording at Maida Vale.

A statement from the band’s families said: “We are tremendously proud of everything the boys achieved in such a short space of time. Craig, Jack, Kris, River and Tom shared a huge passion, talent and dedication to music. We believe the best way to celebrate our sons’ lives is to release an album of their songs.

“This is their legacy and we know deep in our hearts that the boys would want the world to listen to the music they poured everything into. This was only the beginning for them and these nine songs were written with every intention to be shared, heard and, most of all, enjoyed.

“We hope that it brings you as much happiness listening to it as we know it did to them making it.”

In June, Coldplay performed Boys That Sing as part of their Glastonbury headline slot in a tribute to “all the bands that don’t exist any more”.

Singer Chris Martin said: “We’re going to create Viola Beach’s alternate future for them and let them headline Glastonbury with their song. So Kris and Jack and River and Tomas and their manager Craig, this is what would have maybe been you in 20 years or so and I hope we do this song justice.”

The music magazine NME said Viola Beach’s album would “leave a smile on your face”.

The publication’s review said: “Viola Beach’s name will always be synonymous with tragedy, but at least now we have a document of who this band were – and what they might have achieved.”

River’s brother Fin Reeves said the songs on the album were about living life to the full. “That’s the feeling they were trying to get across and that’s what they were doing,” he said. “We have done everything we can to get their creativity and their ideas into [the album]. We have done our best to have it how they would have wanted.”

Speaking on BBC Breakfast, he added: “I think they’d be thrilled – I think they are out there somewhere jumping up and down and just going ‘Yeah, go on guys, get people to listen to our music’.

“The whole thing about Viola Beach … they were just having the time of their lives. River was all about enjoying himself and living life to the full, and when he got into Viola Beach and met those lads, that was him at his best.”

Viola Beach will also  live on in spirit thanks to a new music video in the style of Damon Albarn’s Gorillaz, created by Mackinnon and Saunders and US-based Komixx Entertainment.  Animators James White and David Ridges and director Craig Knowles led the project and went for a mix of live action and animation.

The video pays tribute to Viola Beach’s quirky style featuring two Cyclop creatures falling in love as the band play Boys That Sing in the background.

The Lounge in Springfield Street, where Viola Beach used to hang out and work on and off, and the three phone boxes next to Holy Trinity Church, that the band clambered on top of for a photo shoot, feature prominently. Read more here

The album is out now, available on all digital platforms and CD via HMV Warrington, HMV online and Amazon UK.

One thought on “Viola Beach album out now!”