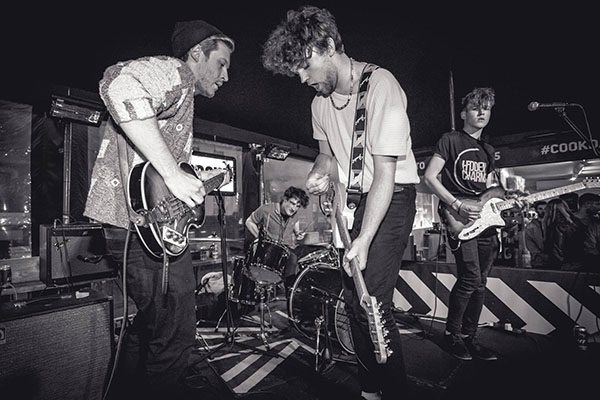 It was only a few days ago when I was excitingly telling people about a new band who were going to be huge and they were from my hometown, Warrington. We finally had one of our own to make waves! They managed to create a buzz which had not been seen for such a long time, and I genuinely believed they would go on to be as successful as many of the bands they looked up to. Everything was coming into place, but had been so cruelly taken away.

I was closest to Tom (Lowe, Bass), having put his old band, The Stocks on a few shows and having made a music video with them in 2011. I would come to meet Kris and the others via The Lounge and for the band, life was all about making music and having fun. It is a tragic loss for their families and friends and it is a great shame that their hopes and dreams will not be fulfilled, but they will never be forgotten.

Thoughts are also with Craig Tarry, who was also lucky enough to do something he loved.

There will be a lot of coverage via the Warrington Guardian website at http://warringtonguardian.co.uk

One thought on “Viola Beach, a loss for all”